Continuing from the previous post, there has been some progress on the house I am happy to say but I am eager for the house to finally be attached to the foundation.  Last weekend, I was rather worried after hearing news reports that Hurricane Hermine was making its way up the East Coast.  It would be a tropical storm by the time it would get to the New York / New Jersey area but with very strong wind gusts.  My house is up in mid-air just resting on beams, not attached to anything.  I had terrible visions of my house getting knocked off those beams.  Thank goodness that storm veered off course...whew!

So in this picture, you can see how much of the foundation has been built up thus far: 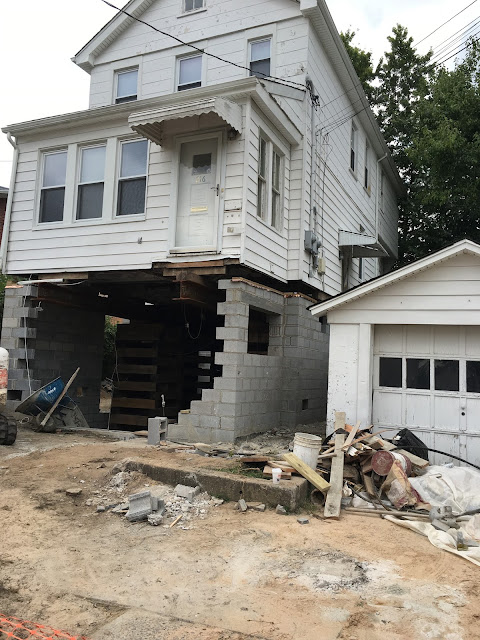 Hundreds of cinder blocks were used... 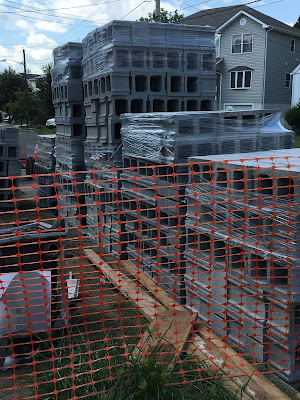 They started by creating footings: 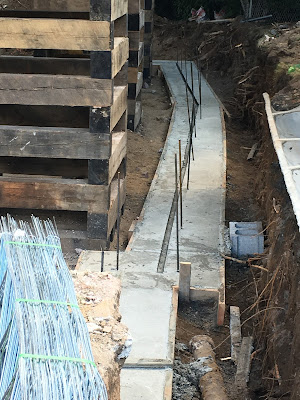 Onto which the foundation would be built: 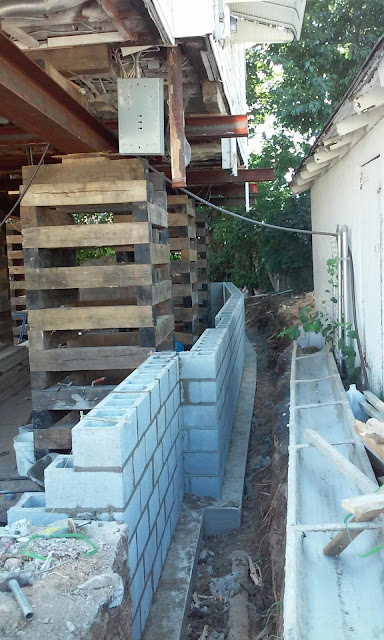 The house will have 6 supporting beams underneath which you see are being built here (the columns of cinder blocks): 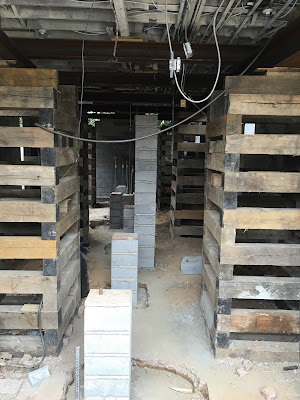 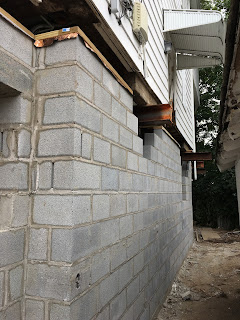 So hopefully within the next week or two, my house will finally be attached to the foundation.  I will breathe a little easier when that happens!