Recently, I went to visit a wonderful exhibit of American fashion designer Isaac Mizrahi's work, An Unruly History, at the Jewish Museum in New York City which is on view until August 7, 2016. This exhibit most certainly made me appreciate him as a designer as the depth of his work was quite impressive.

When you first enter the exhibit, you see a wall that looks like tiles or some type of mosaic but when you get closer, it is actually hundreds (thousands?) of swatches! 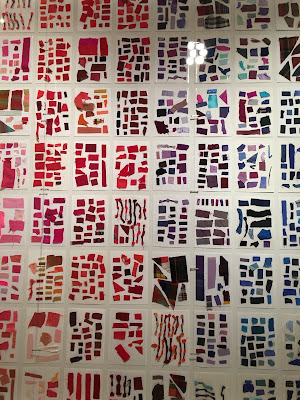 You then enter this room where you see beautiful colorful garments.  It is Isaac's mastery of color that I love the most.  The work in the exhibit is from the 1980's through current day. 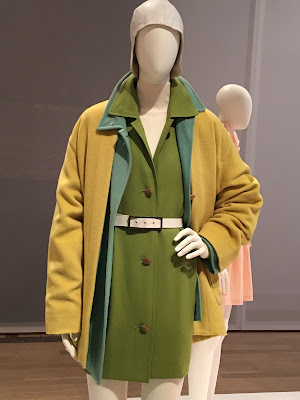 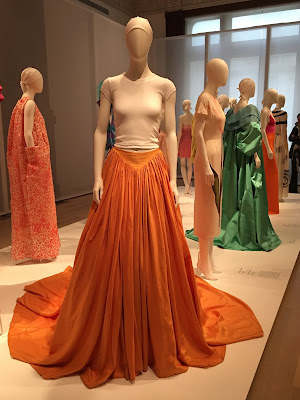 How exciting it was to see hundreds of his sketches with his notes written on them! 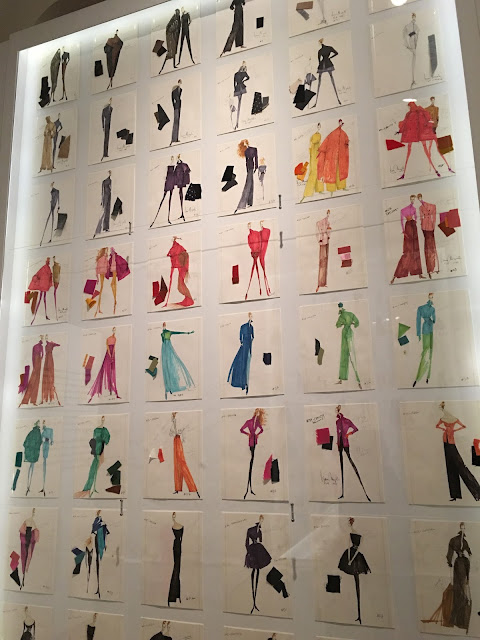 You can see in Isaac's work how he absorbed all of the diverse cultures and religions one is inevitably exposed to living in New York City.  His design aesthetic was also influenced by nature, politics, music...basically, everything around him.

Something I did not know about Isaac was his work designing puppets for children's plays.  It was so much fun to see the accompanying footage of the puppets in the productions.

Toward the end of the exhibit, there are also some short films of his early fashion shows where you see the great supermodels Linda Evangelista and Christy Burlington walking the catwalk in his designs.