Finally, I finished the ensemble I originally intended to wear to MPB Day.  Both the T-shirt and skirt are self-drafted.  The fabric for the T-shirt, a cotton jersey knit, was purchased years ago from Mood Fabrics in New York City.  The fabric for the skirt, a teal woven cotton twill, was purchased this summer at NY Elegant Fabrics in New York City.

Clearly the star here is the colorful T-shirt.  I love the colors and floral motifs.  These colors just make me feel happy.  For my figure, I need darts even on knits for garments to fit properly.  I did sew them in using the method I wrote about previously but they get lost in the print which is nice. 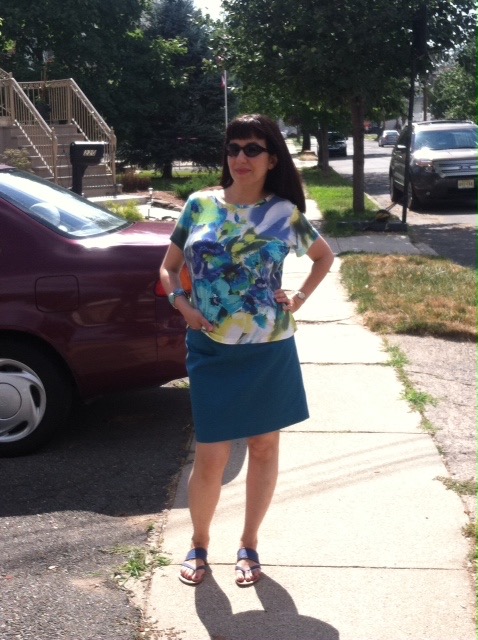 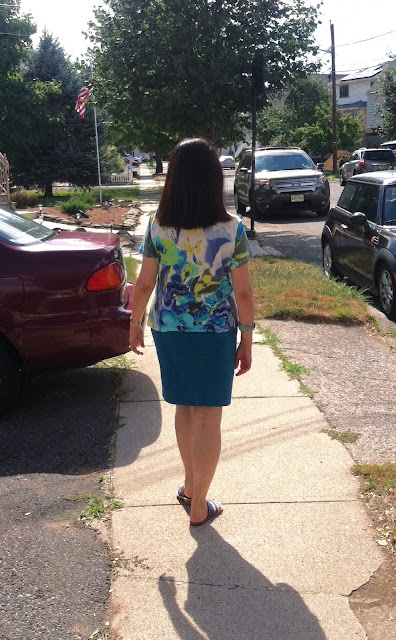 The skirt was a quick and simple straight skirt.  I designed it with a faced waist, invisible zipper and 2 front patch pockets.   I always stabilize the zipper area prior to installing the zipper.  Here I used strips of fusible tricot knit interfacing. 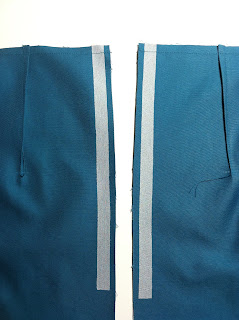 The inspiration for the pocket design came from an old pair of ready-to-wear pants: 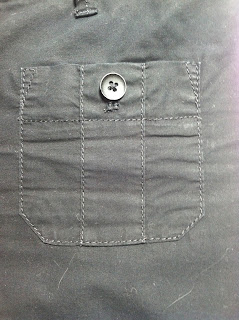 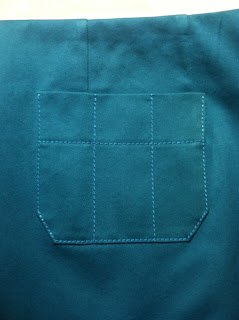 Since I wanted to give the skirt a sporty feel, I used topstitching thread, faux flat fell seams and topstitched the hem: 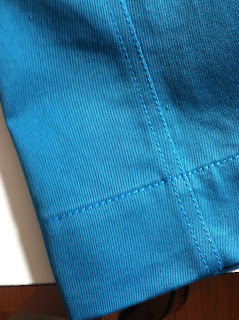 This T-shirt and skirt are very comfortable and perfect for warm summer days.

Saturday, August 8, 2015, was MPB day!  A large group of sewing bloggers got together in New York City to enjoy a fun day of sewing related activities.  It was a beautiful day, sunny and warm with comfortable humidity.

We first met at FIT where we viewed the exhibit, Global Fashion Capitals, which is on view from June 2 through November 14, 2015.  Admission is free.  The exhibit examined the contributions to fashion design from cities all over the world.  Below are some garments that caught my eye.  There were many more beautiful garments on display so if you can, go visit the exhibit.

We then headed up the street to Panera Bread for lunch: 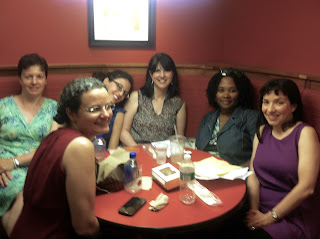 After lunch, we broke up into small groups and headed to the various fabric stores.  Kyle (Vacuuming the Lawn), Anne (Sewing to Soothe My Soul), Lynn (You Sew Girl!) and I first visited Pacific Trim on 38th Street between 7th and 8th Avenues, where we purchased lots of different types of elastic and decorative elastic.  Kyle also purchase supplies for making handbags.


We then went to SIL thread, 38th Street between 7th and 8th Avenues, where they sell tons of threads, hundreds of zippers and all kinds of notions: 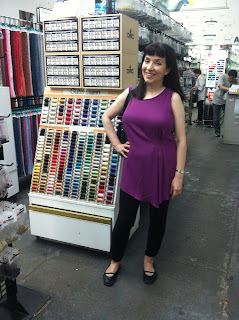 Of course, we went to visit fabric stores as well:

We ended MPB day by all gathering at Bryant Park to rest our weary feet and relax.

After resting a bit at Bryant Park, Anne, Kyle, Lynn and I went to a fun restaurant in the Chelsea neighborhood called Cafeteria at 119th 7th Avenue to celebrate Lynn's birthday.  The food was wonderful and the service was superb.  The waiter was quite personable and we enjoyed watching Lynn tease the waiter about birthday candles.  Below is a photo of Lynn next to the candles that were going to be placed on the tables.  She did blow out one for her birthday although I wonder what would have happened if she had blown all of them out....ha! 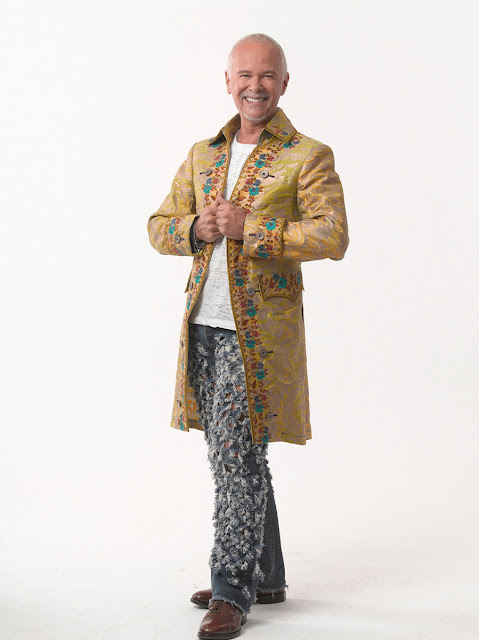 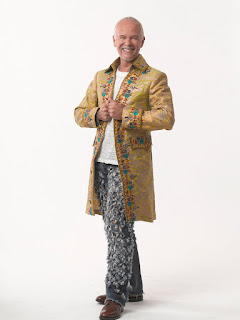 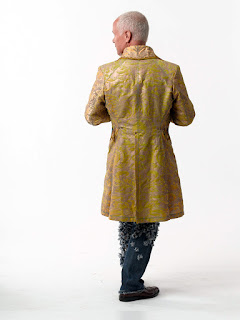 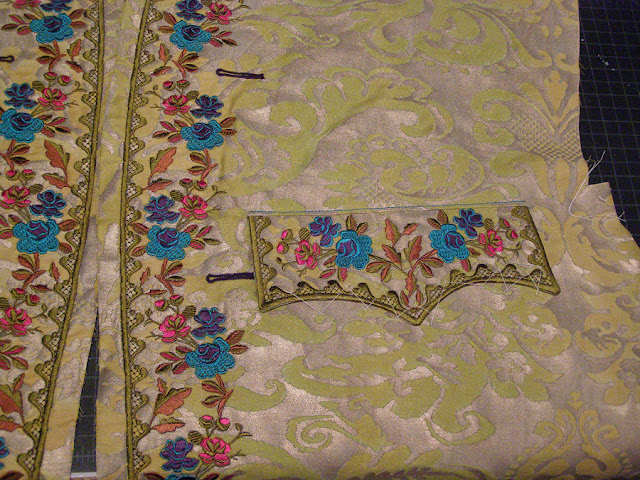 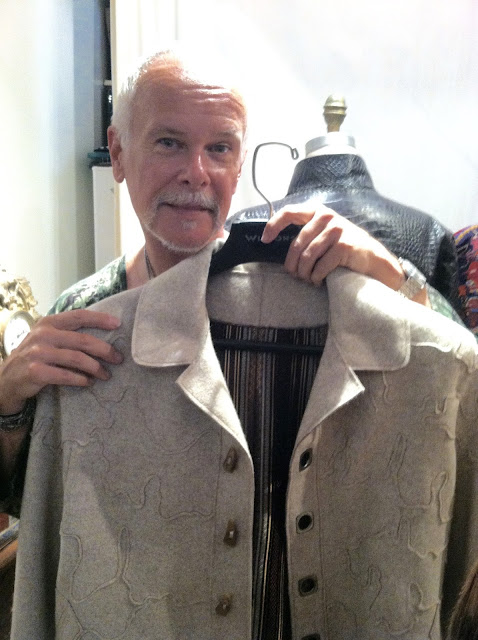